VietNamTea > News > Vietnamese Tea: Discover Most Popular Tea Varieties in Vietnam
For centuries, tea has been popular and an important part in Vietnamese people’s daily life. It also has an interesting history, which was first introduced when French colonists established the first tea plantations in Vietnam in the 1880s. Ever since, it has become a cultural staple, and brings multiple health benefits.

Tea drinking is a fairly informal affair in Vietnam, without the complex rituals found in other countries. However, it still plays a central role in society, being served at the start of business meetings, during meals or as part of a catch-up between friends. Drinking tea is also often seen as a contemplative activity, and is frequently associated with pastimes such as poetry, gardening, or scholarly pursuits.

Although tea has been enjoyed in Vietnam for thousands of years, it has only been produced within the country since the 1880s, when French colonists established the first Vietnamese tea plantations in the area around Pho Tho, northwest of Hanoi. Today Vietnam is the seventh largest global producer of tea, with much of the crop grown by independent smallholders who are contracted to sell a percentage of their tea leaves to state-owned farms or large processing plants. The rest they are free to process themselves as distinct artisanal varieties, or to sell on the open market.

The Vietnamese value tea for its simple purity and thus tend to prefer teas with light, delicate flavors. Small amounts of black, white and oolong tea are produced, but green tea is by far the most popular variety of tea in Vietnam and is usually enjoyed plain, without extra flavorings.

However, fresh, flower-scented teas are also popular in many areas. For instance, one Vietnamese speciality is lotus tea, which is traditionally prepared by sealing high-quality green tea leaves within a lotus flower and leaving them to absorb the fragrance overnight. Jasmine tea, aglaia tea and chrysanthemum tea are among the other flower varieties that can be found in certain regions of Vietnam.

Vietnamese lotus tea (Tra sen) is a type of green tea produced in Vietnam that has been flavored with the scent of Nelumbo nucifera. It is a specialty product of the Vietnamese tea industry and is consumed as part of celebratory events or festivals. A cup of high-grade green tea combined with lotus’s luscious fragrance gives us a crisp, sweet, vanilla hinted flavor with scent of Lotus flower lingering in the mouth.

To make a fragrant, tasteful batch of lotus tea, one must get up bright and early enough to pick the nearly blossomed lotuses. The lotuses then taken home, soaked in water so that they can stay as fresh as possible. Green tea, often of the best quality, is then put inside lotus buds. This step might look simple, but the tricky part is, it requires great care and meticulousness as the petals could easily rip apart. Once done, the buds are tied up, wrapped inside a layer of lotus leaves and left overnight and can be served right in the following morning. However, the lotus tea should be kept in the fridge for at least two months as the longer it stays in low temperature, the more flavorful and fragrant it will be.

It is effective in fighting acne. It has a very pleasant and sweet taste, prevents digestive diseases, and restores balance in the intestinal flora. It is rich in vitamin B and strengthens bodily functions and movements. It can often be found in combination with ginger.

This is the most popular tea in Vietnam, and has become Vietnam’s soul. From the middle of the 20th century, green tea has been planted extensively throughout the North and the Middle of Vietnam, gradually becoming a symbol of Vietnamese’ everyday life, of the peaceful countryside regions.

Vietnamese green tea have different benefits. Some people use green tea to lose weight, unwind their mind after a long working day, against aging. Therefore, there are many teashops which available at any street corner in Vietnam.

Nowadays, acknowledging about Vietnamese ardor for green tea and its positive affects on health, some shrewd producers have converted this folk beverage into canned drink, bringing green tea closer to urban citizens as well as foreigners.

Different from the green tea mentioned above, the variety of tea used for making black tea (Tra man) is planted into bush with nearly one meter height at full mature, in the lowland or complex terrain areas like Thai Nguyen, Tuyen Quang, Phu Tho; or highland regions in Lam Dong, Gia Lai, Kon Tum.

Research has shown that black tea reduces dental plaque, the formation of bacteria in the mouth, and also protects teeth from decay. A cup of black tea after a meal slows down the growth of bacteria in the oral cavity and thus reduces their ability to destroy tooth enamel. It is also very good for the heart, and it is believed that three cups a day can reduce the risk of heart attack by as much as 20%. It also lowers cholesterol levels. However, only if the menu is not rich in unhealthy fats could increase it. This is an excellent antioxidant, and at the same time reduces the risk of diabetes.

One of the most well-known benefits of ginger is the relief of nausea. Just one cup of ginger tea can prevent travel-induced nausea or morning sickness in pregnant women. If you often suffer from nausea caused by travel, drink a cup of ginger tea 1 to 2 hours before the trip. It will be very effective in fighting allergies, as well as sinusitis, flu, or colds. Ginger is very often added to other teas, especially in winter. The nutritional value of ginger is astounding. It contains vitamin C, B vitamins, magnesium, iron, calcium, potassium, sodium, and phosphorus. So, there is no doubt that this amazing spice thanks to its medicinal ingredients has numerous health benefits! 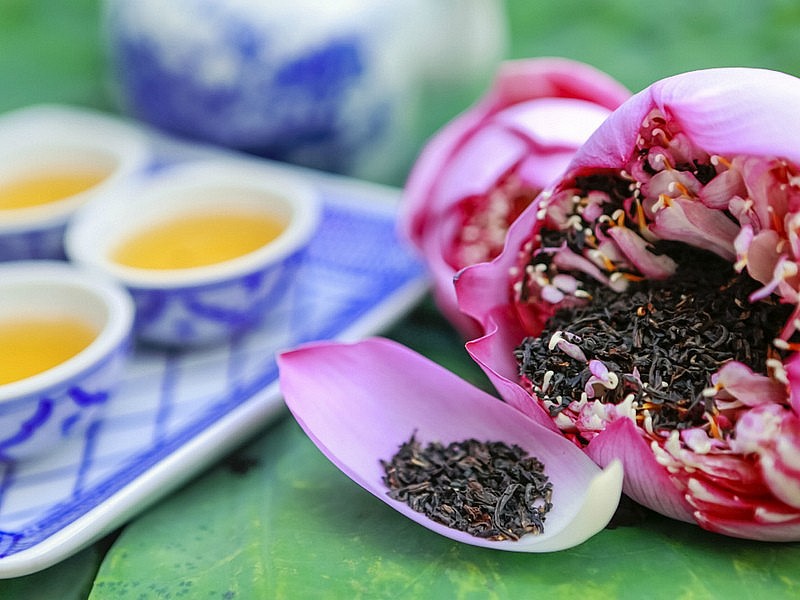 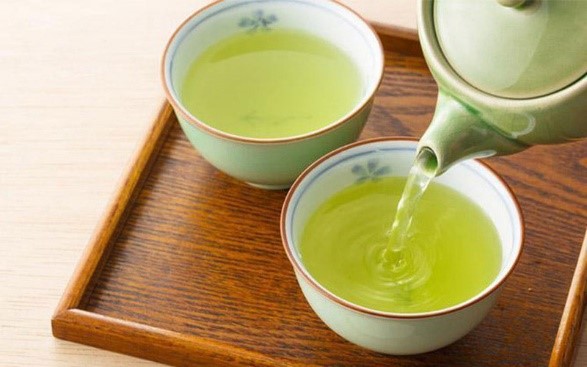 Copyright © 2021 vietnamtea.net. All rights reserved - Design by 3B Việt Nam